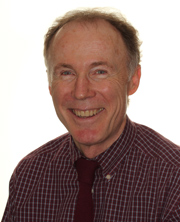 Dr. Langsjoen earned his dental degree, Master’s degree and Certificate in Orthodontics from the University of Minnesota. He spent twenty years in the U.S. military dental services, retiring from the U.S. Air Force in 1998. During his Air Force tenure in Europe, Asia, and the United States, he served as the Military Consultant to the Surgeon General for Orthodontics and founded the military’s first tri-service graduate program in orthodontics at Wilford Hall USAF Medical Center in San Antonio, Texas. He was the chairman and program director of that advanced education program and was awarded the Legion of Merit medal upon his retirement as a colonel.

Entering the private practice of orthodontics in Saint Cloud, Minnesota, he also served the surrounding communities with five separate offices. In 2011 he returned to academia at the University of Minnesota as the Program Director of the Advanced Education Program in Orthodontics. In this capacity he is able to focus all his time and effort on training the nation’s orthodontists of the future.

Langsjoen, E, “A Study of Accuracy in Predicting Soft Tissue Profiles” Published in partial fulfillment of the requirements for a Master of Science Degree, University of Minnesota, 1981